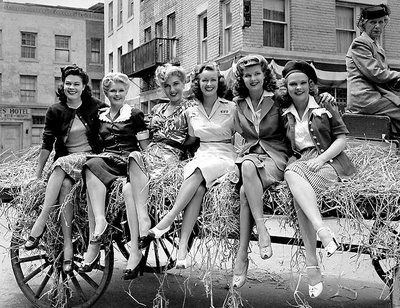 I was there giving my glasses a bit of a clean with that stuff supplied from ‘Specsavers’ .. you know .. that stuff that smells like those dentists surgeries of old … that stuff you spray on the lenses from a little misting bottle … much like a scent bottle that women spray onto their wrists at the cosmetic counter .. and then smell the sample of scent … their eyes following their thoughts up as they deliberate … I know this because I watch women … not in a purvey sort of way .. just the little mannerism as they go about their purchasing of things .. for there is an intricacy of behaviour within every psyche that gives clue to their cultural ‘climatisation’ … while MY partner is also there deciding on stuff .. I’m looking … just watching..

Men, in general .. I am afraid to say .. do too much purving and not enough observing of the opposite gender.

You see .. it’s important to watch people .. you learn. People have asked me what would be my favourite place to go for a holiday and are suspiciously surprised when I say that I would like to be left undisturbed, sitting for as long as I want, on a resting bench in the middle of a busy mall of a busy city shopping arcade … just looking at the passing parade.

Even now, as I accompany my good lady when we are at the Central Market, I watch and wonder where all these people come from and go to at the end of the day .. I know they go to a residence somewhere .. a “home” .. and they take their shopping there and go about their domestic duties and such …… but there are so many of them! .. and there must be others outside the realm of the shopping complex that are friends or family and wait for them to come home .. millions of them all making their way about city or suburb .. shopping .. and what of the thousands of tonnes of produce shipped into the supermarkets and then purchased and taken away every day?

And so many of those shoppers in percentage are women.

I have reached that age and appearance when I can be considered a “harmless old bloke” … an ; “old timer” … who can talk to and be seen as “non-threatening” by the ladies and I can be sometimes amusing .. in my own way .. and so I can sit on the ”pensioner’s bench” over the walkway from “Goodies and Grains” down at the market and just do a bit of casual observation of all and sundry who walk past … But it is mainly the ladies that interest me.

Blokes are not that interesting .. I suppose having grown up inside of one, I have no inclination to get to know others .. and besides .. they really only come in three different types .. : The Pretentious .. ; suited, with that self-important air and fashion-of-the-day haircut and shoes, striding briskly like they have an important appointment to keep … when really we know they are longing for the end of the day so they can have that beer or mixed drink and talk themselves up a bit down at their local …. The Worker …. fluros and steel-capped boots or shoes on his lunch-break .. a cluster of keys jangling from their hip-clip and stuffing a pasty into their face while clutching a carton of iced-coffee in their grubby hands …. The Slob …. with the arse of their jeans hanging down so you are glad they have a hoodie or open puffy jacket of some kind hiding their arse-crack replete with the red spotted pimply bulges of top-end bum from your gaze .. they have nothing going on in their lives and their sliding “potato-cocky” footsteps reveal a lack of intention to apply for anything either … and good luck to them too! … pensioners like myself in public if certainly not in private activity, I dismiss as generally innocuous spectators on life.

But the women .. Now there .. is a different kettle of fish. Just to see them sitting at a table eating their purchased healthy lunch of lentils, salad and vegan meal wrap is an education in itself … but to do it while reading a magazine and without spilling a bean-sprout from the bread-wrap denotes a skill of style management par-excellence. THAT in itself I can admire and wonder at … but then the way they sit at the table … not slouched like men .. ; hands in jacket pocket(even when gesticulating lazily) and sliding off the seat in a wonton display of disgusting slovenliness …. No .. there is a delicacy even with the most casual gen ‘Y’er … aware as they have been since teenage years that their whole body is on display whenever they go out in public, there is style even in lounging over a magazine at table while making genteel small bites at a vegan/salad wrap … the tucking with delicate finger-tip back in between the lips of that sprout shoot that attempts to evade consumption … then a quick flick of the magazine page … marvellous!

And walking on those tiled malls .. Tell me … are women’s shoes deliberately designed to make an extra loud sound as they walk .. perhaps with the IN-tention to attract the A-ttention of any suitable mates to them .. much like the humming warble of many female ornithological species when calling to “sound out” suitable partners? … Because I can hear a woman’s step a long way away .. their rhythmic tapping of heel to tile a sort of Morse-code cryptology to my ears .. even those slips of Asian women with sandals have a way of “slapping” their sandals, no matter how soft-soled, on the tiles so that a sharp clap is snapped with every step … I have experimented with the observed style and ; yes .. there is a knack to making that sound … I put it down in some cases to a walk developed from striding on uneven surfaces where the sandal has to be “snapped-back” to the foot with a natural clamping movement of the toes … to keep the sandal from slipping off in uneven terrain … but that is only a theory of mine.

Dress sense is another thing .. sure, there are a number of the suburban “trakky-dak” connoisseurs, who seem to have abandoned any concern for style or taste and flop about in public like a beached   Delphinidae …. but these are in the minority … Oh, don’t for a minute think that I deny any right for such to dress or flounce as they please .. go right ahead, I am but observing and reporting .. But for the most part, even the aforementioned casual vegan-wrap eater, there is consideration taken to “mix ‘n’ match” to a certain demanded style. So that even the lotus-style sitting on a café bench-seat ; al-fresco, is a couture’d delight! … then there are the “dressed for executive impress” ladies who have gone the whole hog on expensive looking clothes and shoes … with the full Max-Factor as well! … There are those who along with the precise intention of the fashion also adopt facial expression sternly suited to the picture … emotionally impervious to public gaze, serious to the eye and thoroughly professional in the deed at food stall or shop .. their grip on purse as tight as the same on a career direction.

But it’s the voice that most draws the male sense of desire toward the female of the species .. any species where a male is concerned. The musicality of that XX chromosome gender when they speak is more than just music to a heterosexual male’s ears, it is the primaeval call of the wild … And a sudden burst of laughter from a group of women will draw the immediate attention of every male within earshot .. their “women” antennae honing in like a guided missile. Good reason that the most successful woman singers deliver their songs in a coaxing, soothing croon … like Billie Holiday tempting the senses with a vocal velvet caress, even when singing of terrible things .. https://www.youtube.com/watch?v=uYUqbnk7tCY  .. or Piaf, with her coarse shivering tremolo, creating a certain undeniable hunger or want in the male psyche. https://www.youtube.com/watch?v=rzeLynj1GYM   And too, the Germanic glutaral harshness of language melts on the tongue of a skilled vocal fraulein, into a temptresses lure to desire … I think of that alluring number by Lale Andersen (here featuring pictures of Marlene Deitrich) : “Lilli Marlene”  … https://www.youtube.com/watch?v=Q56QzGcAKZc

I have often wished for and certainly been envious of those males who possess .. sometimes undeservedly … a deep bass-baritone voice .. for I am certain that such vocal harmonies hummed in such a low masculine tone are an almost irresistible initial attraction to the female of the species. My partner’s son has such a voice .. even from a young age, and some of her female friends have confessed to keeping him on the phone with contrived enquiries when ringing her up just to hear his voice … and I don’t wonder that Sean Connery’s : “James Bond” had Miss Moneypenny obliging his every stationary request with her stenographic skills … I just wish!

Yes .. I worry about you ladies .. For I wonder if all this astute attention to small details you do in walk, talk, dress and style is appropriately appreciated .. NOT that it is only directed AT or FOR that section of the male fraternity, whose unfathomable and deluded vanity seems to heed not the wise sayings of the sages of old … : “A house without a woman is like a lantern without light.” So they proceed stumbling blind to all womanly beauty, into the lonely darkness with neither clue nor idea of direction nor destination … I weep for them .. : “Perfume of embraces all him assailed, with hungered flesh obscurely, he mutely craved to adore.”

But what I most worry about is that there is a confederacy of people .. mostly middle-class idealists and zealots who wish to take control of any conversation about the relationship between women and men and steer it away from mutual affection or admiration .. EVEN allowing for the massive blunders of emotional, sexual and physical misdemeanours that have blighted so many relationships and brought so much hardship to so many and they want to steer the conversation to a dark and lonely place, isolating each from each other by focusing on the eternal and predictable violence and conflicts between the genders .. an absurd and bizarre denial of the unstoppable and natural impetus that pulls a man toward a woman and through all its faults creating a connection that is physical, emotional and spiritual the like of which cannot be matched in a knowing intellect toward each other .. no matter how much we want to fool ourselves .. by any other relationship in the natural kingdom on this Earth .. The joining of man and woman is but a start of a long journey toward adoration.