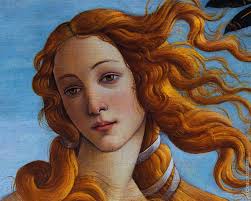 Ok..let’s talk about barmaids…When I think back on the subject, and I have to “think back” because I no longer inhabit the locales where barmaids are to be found!…age HAS wearied him..and I am no longer haunted by strange, unrealisable fantasies! But I have to admit, as a once keen drinking man, that the barmaid holds a special iconic position in the drinking male’s itinerary of desire. the perfect barmaid is a rare person..a species so valued that physical harm can befall those who abuse or debase such in public. They are not really “personality”…they are …: “elan” personified……vivacity….creating a hunger for something promised but never delivered..and indeed…never really needed to be delivered …no!..wisdom tells us the journey is most times better than the arriving…a desire wanting more fulfilling than the actual reality.

I have known three perfect barmaids. : Shirley (at The Brighton Esplanade)…Diedre (the Postal Institute Club, Darwin) and Noela (The Seacliff Hotel)…

Come the morning, come the play,
Ere the sun comes upon the day,
Ere the first shots begin to stray,
Here are the women with a cry to say,
Ever are there women..at the break o’ day!

Shirley was quite mature when I met her by accident, dropping in for a cool beer to the saloon bar on the corner of Jetty Rd. and The Esplanade there by the Brighton jetty. She had that sharp, dry wit of an experienced woman that could cheer highly or cut deeply depending on the occasion or the person…I used to go to the TAB., drop a few bets and then listen to the races there on a quiet day when work wasn’t busy…I remember I was there at the bar one day…while Shirley was wiping the bottles in the fridge and this too obvious “high-camp” chap in full gay regalia rushes in and buys several cans of UDL. pre-mix and then just as quickly rushed out…

“What do you make of THAT?” I casually commented. Shirley just leant on the bartop staring blankly out at the chap crossing the road.

“What’s TO make of it? …these days, what with the surgery they do, a couple of clips and snips and bango!..Bob’s your aunty”….she swished the cleaning cloth at an idle fly and went back to work. I could imagine her getting home and the old man asking her how the day went.. “Oh..the usual…five drunks, three proposals, two-on-a-promise and too few tips!” But she was sensitive to the dark soul…I.ve seen a bloke come in to the bar..a local…not looking good (and you’d bet Shirley’d know the problem), order a beer, put some coins on the mat and Shirley put her finger on the coin and pushed it back into the pile with a knowing wink…it doesn’t take a grand gesture to prop a fellah up…a good soul was Shirley.

There is this little secret that ,

Though the wording mostly unseen.

You may know it or at least sense it,

For it was whispered you at birth.

You wear it as a heritage,

You shed it at your death.

Though you may not explain it fully,

There are times , I think you know..

When the call of men and children,

Must need your attention most of all.

I promise I will never reveal it,

Because that secret is held you see..

In a knowing look , a furtive wink,

Just between you and me.

Diedre was a different woman entirely…buxom, bubbly, sharp as a tack redhead..in her early thirties and real womanly….you could say one thing to her and she’d twist it about like a cryptic clue and leave you open-mouthed working it out…never to be trapped or cornered, but always smiling…She was the bar-manager of the Postal Institute Club there on the hill over-looking the Botanic Gardens in Darwin…a prime position…I would go there Friday nights for a meal…Earle, the cook there in a side kitchen next to the bar would serve the best Barra and chips in Darwin on a Friday night…I would front the counter there and call to him..

“G’day, “Jay”..one for me and one for (he had a woman friend there helping out, I forget her name now!)…” and he’d serve the best Barra’ that melted in your mouth..and you’d take your plate straight to the bar and Diedre would serve you a handle of amber with a smile and a bit of coquettish cheek so that you thought you had joined the angels and they were ringing the Angelus just for you. She was a shorty, but wore those platform shoes that were the fashion in those days (I’m talking the early seventies)…and when she came out from behind the bar to collect glasses, she would swish about the tables like a dancing girl..like a diminutive Isadora Duncan!…god she was beautiful!..I swear, any number of blokes would’ve thrown themselves under Vishnu’s Juggernaught just at her command….and I do believe I may have joined them!

If you were one of the last there at closing..and I confess that I sometimes was!…she’d call out with the voice of Mary Magdalene..”I’m clearing the lines…anyone want a beer?”…..

The Siren sang her song.

Irresistible in her comeliness.

The clues were numerous,

The seduction of her face,

The perils of her warm embrace.

To secure her exclusiveness.

I touch her face,

My fingers hesitate on lacq’d plate

Of  the silvered frame.

She smiles out at me.

I cannot resist..does she love me still ?

Noela…The barmaid at “The Cliff”…It’s a crying shame that medals of valour are only struck for war combatants…otherwise Noela’s shirtfront would be heavy with ribbons and polished brass! But she was not a striking person in any memorable way…she was what mean-spirited people in those days called “plain”…no great witticisms passed her lips…droll was her humour..as a matter of fact one couldn’t be sure if the humour was not an accident of language…for instance, I once fronted the bar on a quiet Monday night, got my beer and when Noela returned with the change I asked her if anything interesting happened over the weekend while I was away….She placed the change there and while looking to someone fiddling at the cigarette machine quite casually noted that : ” Oh..Zero’s beer went flat while he was making a rolly.”….and walked away…that was it…droll, very droll. Of course, you’d have to know “Zero” and to have witnessed him rolling a cigarette…He had the nickname “Zero” because it was considered by those who knew that it was the measure of his IQ…..he was a heavy drinker and had the eternal shakes, so that to watch him fashion a rolly was a temptation of patience…he once bragged he could get 90 rollies from one 2oz.packet of Champion Ruby…but the damn things were so skimp on tobacco, and so loose rolled, he’d light it up, then choke on the first drawback to spit to the floor the loose bits of baccy that came with the inhale. I do recall once seeing Noela, in a quiet moment, elbows on bar, face in her cupped hands, staring intently at a completely unaware Zero, head down in concentration, busy rolling one of his cigarettes…was it satire on her part or just bored interest?…that was it with Noela..you couldn’t tell. But one thing she was…reliable..unflappable..and a patient ear for the lonely drinker….and believe me..there can be no lonelier place than sitting by oneself with a heart full of hurt and a skinfull of booze and an empty hotel bar.

No…give the woman a medal, I say.

A shaft of sun through the Parthenon glows,

Upon a wild, white Athens rose.

The blossom of that tender bush,

Is tinged at heart with a gentle blush,

Would, with age-old chant, their voices bind;

“Oh Sun who gives the blush to thee,

Grant her cheeks may blush for me,

And with the passing of this day,

Grant the wish I wish I may.”

On that extraordinary musical delight by Santana..: “Abraxas”, there is a poem from Hermann Hesse’s book, Demian, quoted on the album’s back cover:..the painting on the front is : “Annunciation”…

“We stood before it and began to freeze inside from the exertion.

We questioned the painting, berated it, made love to it, prayed to it:

I cannot think of a better dedication to the mysterious relationship males have to such an extraordinary institution…: the barmaid.

But it is time once again for this old boozer to hit the sack and perhaps dream again sweet dreams of those barmaids…goodnight everybody..