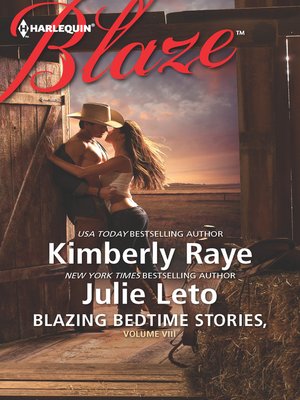 The search for soul…

Down the Adelaide Central Market, between Marino’s butchers and the Samtass fish market, there is a walk-through breezeway to Gouger Street. Years ago there was an arcade type stall there selling second-hand books..it was run by a bloke in his fifties, if I recall…I used to browse there when I was going past.

At the end nearest the street, there was a tray holding hundreds and hundreds of these …”penny dreadfuls” I suppose you’d call them…not even with a cardboard cover, but just some lurid pic on paper with around 50 pages or so stapled in a folded booklet type thing. Many of them so old and dog-eared as to be almost a throwaway item..

I asked the man behind the stall there about them..

“What are all these scribbled, tags inside the front cover?” I asked.

“That’s the personal initial or tag to identify that someone has read the story”. He replied…He then continued on…” I get orders from several old folk’s homes for them, so I bundle up about a dozen or so at the time and deliver them there on my way home. “

Who will give them kisses, sweet kisses,

With touching fingers palpitating the heart.

At just about twilight.

When everyone else but thee is in a clutching embrace.

And then, late at night,

When all the bedroom lights turn off,

Leaving thee with no company…but the “cold, dark press of night!”

And unshakeable echoes of regrettable vanity.

…or pride (O’ the affection you scorned!),

“But they were hopeless, boors, losers!..

Where is that damn paper when you need it?

I am an interesting intellectual,

“ What do they sell for?” I asked out of curiosity.

“Oh..there’s only sentimental value in them” he informed me “ I sell them to the people in the homes for 50 cents each…they read them over some months, mark them with that special tag and then I buy them back off them for 25cents each..and they go round and round…I know all their tags now, so I send them ones they haven’t read yet…they are slow readers and it keeps them content…”

Ah..growing old has its mercies..but also its regrets…would that one could drink from Ponce de León’s fountain of youth..I’m sure I would not let so many chances slip by…

Would my wit be a sage much wiser.
Would my courage be somewhat bolder.
Would that time could take me back yonder,
To de León’s youthful fountain mythical . . .
There in a blush of delight so typical,
Would I and thee..as Adam and Eve,
As those children in the garden of Ede’,
Brighten our eyes to that first sight,
Of a new dawn rising over the mountain’s height.

I skimmed through some of the copies…they were mostly blatant romance or westerns with a romantic theme…on the front would be a “gunslinger” type or some “muscled young man”, his sleeves rolled up and a touch of “action man grime” in just the right places, with his arm around a “gal” and that determined look on a “chiselled jaw” face…that type of thing..

“ I wonder what they see in them?” I pondered “ They all seem to be about the same”..and I thumbed a copy..

I first heard its whisper in the wild oats,

Whose husks had shed their seed.

The breezes hustled the golden sheaths,

Where small lizards scurried beneath.

It was hushed to me in the cries of birds,

The scratching bark of the mallee tree.

It was held to me in my lover’s embrace,

When we kissed our anniversary.

The secret came from the other side,

Of the wide, vast universe.

But it really started right here and now,

In the confines of this Earth.

It is nothing strange or unusual,

But it can never really be told.

It is as young as a first desire,

As a drama about to unfold and

As needed and as fought for,

As  the last breath of the old.

“Yes..I wondered on that too once…” the seller said “And I asked this German woman who was a regular customer here at the stall..”

“Do you buy them for the romantic story?” I asked her..

“No, no…I am too old for the fictional romance…though I do like that side of it..but I read them to get …” and she struggled for the right words..” to remember the FEELING…the feeling of the emotion of romance…like when you were young….one forgets the feelings…you can remember the doing of some things..but the feelings of those moments slip away..and I want to still feel the emotion of those times and sometimes…not often, but just sometimes I get that feeling back…”

“I would never have thought of it that way” I remarked…but I was much younger then..Now, a much older man, I know exactly what she means…I too now have the beautiful memories…and I like to at moments hold or “freeze-frame” those moments and to then plunge into my emotions to surround that memory with the appropriate emotions and sensual feeling…to marry the moment with the desire…it is a difficult thing, but sometimes it just works…and it is a wonderful feeling..like that first kiss.

These days of wine and roses,

When the wash of an evening sunset

And yet..yet..does this doubt seep

Of an approaching cold.

I have everything..and yet the

Small freedoms I have traded

Seem to hark back to me as whispers

From behind a wall..or door!

Through which passes every thought,

I see them vanish, but I stay.

Yet , I still feel I enjoyed them so.

Gone, with my youthful memories,

Through the vanishing door.

And even the door soon will close forever.

But I fear…I will stay…

I think I can add a quote…for better or worse…from F.Scott Fitzgerald here..it is taken from his later writings toward the end of his life…from “The Crack-up”..essay #3..:

“So what? This is what I think now: that the natural state of the sentient adult is a qualified unhappiness. I think also that in an adult the desire to be finer in grain that you are, “a constant striving” (as those people say who gain their bread by saying it) only adds to this unhappiness in the end—that end that comes to our youth and hope.”