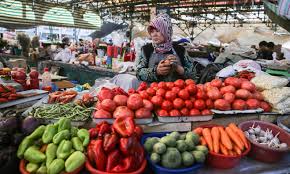 In light of the current concern about water rights in the Murray Darling Basin, I would like to offer this piece I wrote several years ago on our community Local Action Planning blog about the “perfect storm” existing amongst the smaller “generational farms” along this section where I live on the River. The cause of this concern is because of the creation of mega “Agri-corp’ Managed Investment Schemes” that have sprung up using massive water purchased licences irrigation to grow huge crops of veggies and nuts and fruits.

Many of you would remember the collapse of “Great Southern” and “Timbercorp”, two mega Hedge-Fund / Managed Investment Schemes that bought up huge amounts of water licences along the Murray River. These and other schemes have dominated the water market and by sheer weight of numbers, have corrupted the cycle of produce markets and pricing…and have bumped up the cost of water for irrigation..

Discussion Paper on Solutions for Sustainability of a Community.

Listing the realities of farming in the Mid-Murray Council area..:

a) That it is primarily an agricultural constituent…

b) That the agriculture producers are mostly of generational owned small holdings..

The result being the development of a “perfect storm” of squeezed “family farms”, concentration of production to “outside interests” that export their produce, dumped excess commodities resulting in rock-bottom prices for produce and concentration of water allocation licences with corporate agri-business. The result could be a complete loss to the local community of independence in growth and supply of produce from family farming enterprises.

Many might say..: “So what!..let the market decide.”…But it isn’t “the market” deciding…it’s “Fund – Managed” speculators with super capital, super credit and cross-border / cross-seasonal guarantees of profit margins protected against crop-failure by multi-location producers that, being so large and having the capacity to produce so much, they can control the wholesale price of produce by dumping or withdrawing commodities from a market that will eventually be reliant on their capacity….The smaller producer having neither the capacity, flexibility, nor the credit to “ride-out” long-term problems…add to the mix an uncertain climate, and we have that perfect storm mentioned above.

Now also in the mix are the water speculators, buying water on the created open-markets and hoarding or selling it to the highest bidder…which is never the smaller family farmers along the rivers…it is a market dominated by big money, big Agri-Corp producers and backed by a Federal political body that can be traced via a trail of plain, brown-paper bags right back to the “Canberra Bubble” of  politics.

The conundrum facing those many small farmers, is that having only a certain acreage, they can only grow a set amount of produce per acre..there are only so many onions that can be grown in every squ. metre, for instance..and because of their limited collateral with the small acreage, and their incapacity to compete with these mega farms, they are not well received by the banks who already are aware of their asset and growth capacity. So they are locked into a vicious cycle of not having enough land to compete with the agri-corp output. They cannot compete with the wholesale price per kilo of produce marketed by the mega farms and they cannot get credit from a secure source to expand their acreage, nor afford to buy any more water licences for irrigation..a perfect storm.

I spoke to one young couple in such a situation where they lamented borrowing some money just to get their goods to market, which only returned a fraction of the expected price, leaving them to say they would have been better off if they had let the crop rot in the ground.

What can we do?

Those mega-producers deliver their products either interstate or ship to ports for export way outside this council area…so they are not affected by local fluctuations, yet do have capacity to affect the viability of local produce with both the rising cost of water and the flow-on pricing control from their mega production capacity….it is the smaller, family owned farms that are at risk and perhaps we can do something there. It is a new idea, building NOT on a cooperative of producers, though they would be good…it is a “market-oriented” proposal that would require a contract between individual parties..no different than the usual “contract to supply” of many businesses…it would require the Mid-Murray Council or any other Local Govt’ to become an “investor in the constituency” to supply locations and under-cover premises where a regular, consistent, semi-permanent stalls (much like the Adelaide Central Market) of local farmers could sell a huge variety of produce to local shoppers….produce such as vegetables, meats and fruit and even cereal grains in either bulk or packaged. Or ..there could be an emphasis on wholesale selling to many local country stores that would save transport time and costs for all parties while delivering fresh produce to local buyers on a more regular basis.

Certainly, it is a bit of a BBQ. stopper….I believe we have the capability to do this… we have to think big…very big! We have quality growers of everything in the lines of veggies’, meats, fruits and cereals…do we have the population of consumers to purchase? The population count of the Riverland / Murraylands area alone could add up to at least sixty or seventy thousand people.. and sure, not all of them will shop at such a market, but ALL of them do eat!…If these “centralised” markets stayed open for say.. three consecutive days each, so that regional smaller stores could stock up on fresh foods without travelling long distances to the city markets..I would think they would be a goer…considering also the weekend tourist flows through the area..if council could obtain State or Federal monies to construct multi-purpose under-cover arenas with appropriate cold-store facilities…then it could be a goer…There could be at least three locations all operating simultaneously over three days, perhaps..one in Blanchetown, one in Sedan and the other in Mannum….the multi-purpose indoor arenas could be hired out on other days for other pursuits, like indoor sports over the hot Summer months..

There is also the need to exclude those mega agri-corp’ growers from such markets to keep the integrity and honesty of the produce to suit local growers and buyers…we do not need the creeping corruption of corporate politics to enter the equation…let them work their floors of big city supermarkets and leave us alone…we do not need them.

Sure, this is a simplistic over-view of possibilities of de-centralising produce supply buying, that would involve cooperation and contractual certainties between council, growers and a willing-to-participate public….but what other choice is there? Just lay back and watch as all these hard-working, quality producing generational farms and families get squeezed out of the industry?… or do we affiliate and come together as a society and instead of ending up with a community that is depreciating and all our young people want to move away from, we become a community that is creating and not only do we get our young people to stay, but we attract more keen people to come to the area because they want to be a part of a growing community.

What do you think?