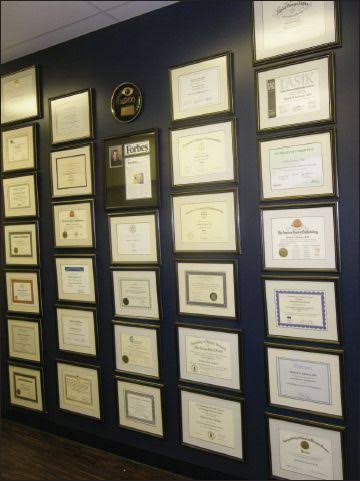 It was a repeat of that sensation of isolation that I have experienced before..because myself, coming from a trade background of carpentry/building, where I started as a fourteen year old, so any education I have had has been a hotch-potch of “catch as catch can”…no direct stream down a one-way career diploma…no diploma at all…just a read, work, read some more, work on and so pull the strings together that connect my work education with my various tomes and historical reading education…and I come out in the end as I am now…and you can keep your comments to yourself on THAT situation!

So the repeat of the above sensation was nothing new to me when I started casually talking South Australian history to lunch-table of basically middle-class teachers or business persons..It was an impromptu chat brought about by our current surroundings in the Mallee/Murray River district…and I spoke of what I knew of the early division of lands by the South Australia Company who first “developed” the province of Sth. Aust. I joined in the conversation of certain nomenclature of the streets and districts that were vanity named after so many of those directors of The Company…I then talked a little of George Fife Angas’s “Confidential Clerk” ; Charles Flaxman and the “swifty” he pulled over Angas in regards to the “Special Surveys” in the Barossa Valley……and it was at this point, when I looked to several others at the table that I realised they had not the foggiest idea what I was talking about!…..that “veil of obscurity” fell over their countenance that pulled my conversation up dead…I could see there was no point continuing. My talk of historical miscellany that demanded at least some sort of “dot-joining” comprehension on the subject, was become an unintelligible babble ..and the following inane polite chatter reinforced a correct decision to cease forthwith.

Two misconceptions here that I made…one in thinking that those who had obtained an higher education were, by the fact that it took much time and reading to get that education, reasonably cognisant of their State history of which I was speaking..and;  two..that those who had gained a diploma or degree through the orthodox channels of education would be in the slightest way interested in hearing what they were ignorant of from a self-educated tradesman…..because, of course, the unregulated discourse of spilling the beans of knowledge that comes from the enthusiastic lips of the amateur historian can be recognised straight away by those who have cultivated the idle chatter of a “patented education” that here is an unscholarly, undisciplined mind who has an unmitigated pretence to lecture the cognoscenti.

The mistake we of the working-class have made is to be tricked into confusing education with knowledge…and we have paid dearly for it.

I have had the fortune to witness both sides of the coin of education…once, in my later years when I took time to study my favourite subject of Roman History in a mature entry scheme and the other in my application of the necessities in my trade in building. Of the first, I have written of the experience here..: https://freefall852.wordpress.com/2016/05/27/warming-the-seat-keeping-it-warm/ …..The second was an evolving education over many years that started with the basic trade skills learned through apprenticeship schooling and tradesmen on site…BUT…the difference being that in my trade education, it was not good enough to rest on the laurels of what was taught from text and tongue so many years before, because with the rapid changes of engineering brought about by technological advances of materials used in building, from solid timbers to laminates, from sheet-plywood to pressed-fibre board…from close column short-span capability to vast open-plan buildings, one’s “education” in the art of construction had to be continually upgraded (as in any hands-on professional skill like nursing etc) with both knowledge of technical capability and one’s own use of trade tools to construct with such materials in a new age of building technology….one became master of one’s knowledge…AND alongside that work-experience-knowledge, many like myself also greedily consumed the books of classic literature in our spare time…the consumption of which was not from drear study for diploma, but from a love of the deeper knowledge gleaned within…AND…complimented by our own skill-base knowledge to “join-those-dots” that gave credibility and a pragmatic reality to what we read of those magnificent works. Something of the enthusiasm that in those conversations I have had with the more orthodox educated…those of the patented school of education…that seems to be sadly lacking!

And now, at an advanced age, I have come to realise that I have no emotional connection to those “usurpers of knowledge” ..and I have little enthusiasm left to listen to THEIR waffling…Theirs is all talk..all theory..all impotent inaction…all useless…for here we are so many years down the track and STILL we flounder in work security..in quality of employment, in aged care, health and any number of administrative areas of governance managed by those “higher-learned” managers, that have been slashed and destroyed by those who ought to know better… I have learned from many skilled, aged working people more wisdom of how a society IS constructed…more knowledge from skilled tradespeople how ancient societies were physically constructed and more knowledge of where we must go to revitalise our society to a healthy state from the bleedin’ obvious practicalities of community connections and a trade-skilled base, than I will tolerate from the babbling lectures of a cabal of “educated to imbecility” politicians with all the plastered-on doctorates and degrees that cover the walls of their cocoons of pretentious buffoonery, yet cannot even accept the bleeding obvious on climate change!

Those “suits” of middle-class management professionals have NOTHING to offer us…NOTHING of consequence in the administration of governance or law that we..working-class people cannot draw from our own resources or coupled with honest and sincere professionals to compensate any shortfall in knowing how to enact…and better that we learn…even WITH mistakes.. from judicious application with honest intent than from hard lessons of being short-changed and cheated by that same coterie of middle-class poltroons and swindlers….

As much as it sounds too crazy and a tad too radical, there is nothing for it but for us of the working-classes / producing classes to rip the levers of control of our nation from the reckless, degenerate hands of the middle-class rulers…they have ruined a once good economy and society…and driven so many good people into the pits of despair…so we now have neither community nor secure future..a despair that seems almost impossible to climb out of…they must be stopped.

Away with all pests!

5 thoughts on “The pretence of a “patented education”.”