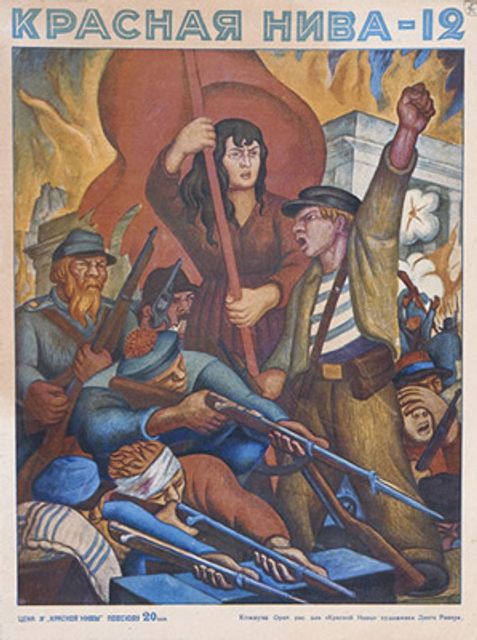 When a ruling class, used to total dominance of governance, economics and military command has reached the end of its capacity and capability to perform those requirements listed above because of either complete corruption, debased ideology, or incompetent leadership…then one of two things can happen..: The class in question steps aside and relinquishes control of civil governance to the next capable social class with the enthusiasm and drive necessary for the job, or it collapses further into its own debased corruption and fights and claws its way to the inevitable bitter and bloody end via a series of political / social pogroms against its own people until it is brought down in a violent civil war. This is the example of history.

In the case of huge shifts in such class changes, like the end of the Patriarchal Roman Republic, a massive civil war ended the careers and lives of many aristocratic families. Likewise with the European collapse of the aristocratic rule of many nations there over many epochs of history. The ruling elites of aristocracy became so corrupt and entrenched in their behaviour of prestige, confected worship and exaggerated affluence and pomposity, they failed to stay connected with the “working coal-face” of their societies and a rising middle-class ended up becoming their “estate pawnbrokers” until they were beholden to the very class they scorned as aspiring upstarts with little knowledge of the affairs of the aristocratic state and less knowledge of table etiquette !

But it wasn’t long once that middle-class gained knowledge and command of the “wheels of finance” that they then started to call the shots on governance of industry…THEIR (the middle-class) interests being once less for pomp and circumstance than crude wealth. Soon, a bargain suitable to both parties was “signed” where the aristocrats would parade around in their sartorial splendour and suck on their afternoon teas while the middle-classes would now “manage” the affairs of state.

We here in Australia witnesssed a variety of this “cosy little arrangement” with the colluding of Fraser’s LNP coalition seeking out and conspiring with The British Crown representative in their foppish Governor General ; John Kerr formenting a coup against the democratically elected Labor government of the day.

These cosy little agreements within such Anglo/Euro-empires did not necessarily just come about over tea and scones in a conservatory atmosphere, first there were many civil conflicts that cost the lives of hundreds of thousands of people and the destruction of whole cities in the vain attempt of the aristocracy to show the world that they “still had it” when it came to battle and glory …except they didn’t ..their corruption had reached even into their own delusions that ribbons, medals, parades and a flourish of golden epaulette would be enough to rout the enemy..

The fools died, as all fools die in their own vanity…in shame and disgrace…and so the first world war ended the era of aristocratic rule and the new era of middle-class governance and commerce began.

We peoples of the western, English language nations, have now lived under this rule of the middle-classes for over one hundred years….in some cases; more than that number. But like the once mighty, unassailable aristocratic rulers, they too are now corrupted so completely in mind and body-corporate, that it has become time for that class to relinquish control of what they can no longer manage to the next class-in-line with both the enthusiasm and drive to take the nation to the next level of Social Concorde and fair governance…; the educated working/producing classes.

Of course, the now self-deluded egos of the middle-classes, serenaded to such giddy heights on its own aggrandisement of its intellect through select school education, select corporate management and select positions of political favour, cannot see past its own long nose to the pustulance of corruption on the tip. It’s inflated “born to rule” hubris now mimicking the most extreme egregious examples of Aristocratic pomp and buffoonery with such ostentatious displays of gross wealth and opulence best described in the classic literature of “Trimalchio’s Feast” on those riches literally snatched from the arms and tireless efforts of the working/producing classes of men, women and children of the world. Their greed, like the actual bodies of many of those gluttons of desire knows neither restraint nor corpulent limits.

Now, having reached the limits of political, corporate and personal decadence, the middle-classes have run out of time and exhausted the patience of those they wish to rule..The Western democracies are hungering for good, reliable social governance, a situation now impossible under a class that has made its collective ambition to control as much wealth of both fiscal and commodity as possible under its embracing of the stupid and gullible temptation of a “Neo-liberal” monetary philosophy…developed by its own sons and daughters, enlarged by its own financial houses and put in place by its own politicians to the detriment and destitution of those very people they totally rely upon for the riches they both aspire to and adore!

The middle-classes are a spent force ethically, morally and politically.

But rest assured, they will not go quietly…for even here in Australia, a country once proudly living under a secure “separation of powers” system that isolated certain essential authorities from the potentially corrupting influence of political lobbying, we now see this current Liberal / National Party, existing under what can only politely be called “governance” of the nation, going about systematically corrupting and planting persons of favour in all those vulnerable institutions for what can be considered no other reason than to enact both policy and institute laws that will brace that corrupt coalition against oversight and judgement of the people. The only way they are going to relinquish power could well be through civil disorder. Managed through those now corrupted institutions and given credible authority for those actions by both the planted operatives in the authorities inside government and then…most importantly AND most effectively…given absolution from guilt for such despicable actions by the blathering, educated to imbecility confederacy of more private-schooled middle-class aspirants and fellow travellers in the wider community.

No..my fellow workers and producers…these leeches on the backs of the producers and workers of western democracy will not go quietly…in many cases, like the tick firmly clamped to a dog’s ear and growing fat on the extracted blood it sucks from it’s living host, they will have to be extracted one at a time from governance, authority, corporation and utility…extracted and made redundant with what can be said, using their own language…:

9 thoughts on “The long days dying.”