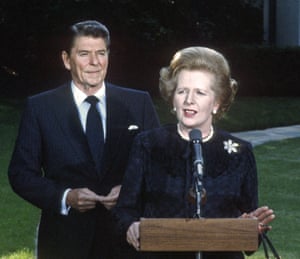 For anyone to blurt out : “There is no such thing as society”, is to admit to a cynicism on the path to nihilism.. But for a National Prime Minister to put such into words with a rider of attempted soft-soaping her belief like Margaret Thatcher did..

” And, you know, there is no such thing as society. There are individual men and women and there are families. And no governments can do anything except through people, and people must look to themselves first.”

Is to flag intention to de-construct all those social frameworks put in place to stabilise a society for the collective good of humanity…To deconstruct it for the benefit of neoliberal, free-market opportunists. To destabilise and demoralise her own peoples for nothing more that a laissez faire capitalist economy, that will benefit the few percentage who can network to plunder the nations peoples and resources.

The economic rationalism of most western countries is nothing more than an expression of the cynical nihilism of that class of Right-wing people running those nations…From Europe/ The UK to the USA to Australia and now many Asian nations, the infection of nihilistic cynicism has taken hold on the perception that only free-market economics can lift the people out of poverty. A delusion of stratospheric immensity.. for how can the poor shrug off the burden of debt when it is their corporate inflicted indebtedness that is the very foundation of the vulgar wealth of those who promote such a philosophy?

How can the labourer get ahead when the master demands he cart more bags of produce on his already burdened shoulders, with the promise that the master will grow his business through the labourer’s hard work and thereby give the worker more work and so by percentage increase his earnings from his more work?…Does not the labourer have a limit to the capacity he can continue to work?…does not a person have a limit to the hours they can work in a day, a week..a month, a year?…Yes, but then, that labourer can draw on HIS assets to increase his output and thereby increase his earnings..yes! he can put his spouse and his children to work…a whole family then being “supported” by the “innovativeness” of the Master and Capital…Indeed, there will then be no such a thing as society..there will in effect be only slavery!

This false philosophy of neoliberal nihilism has to end…not just because it drags whole sections of a population into poverty, but because it spreads through contagion the false belief that even the impoverished individual has command of his economic destiny through his own entrepreneurial speculation. I have yet to meet a worker who has built a corporate dynasty through only his own work with his one pair of hands..the employment of other workers at a percentage rate that enriches the employer through their labour is a trait of barbarism inherent from the days of archaic militarism, where a King will employ troops to guard his person, his claimed kingdom and his plundered wealth.

There is very little difference in the attitude of the Corporate Fascism of these times. The raw wealth of such organisations reaches far beyond the bank accounts of their shareholders, it reaches right into the guts of Conservative governments..it’s well-oiled fingers buying the favour of individual politicians in strategic portfolios to allow plunder and rapine of a nation’s commodities and peoples.

The Corporate Fascism of these times is legitimised through the age old system of selective and elite Private school education, they are playing the “long game”, where the principles of neoliberal nihilism is inculcated into the tender minds of their wards so that at the time of graduation, a whole generation of “the enlightened” are released into the community with little intuition of human destiny, no residual knowledge of human history and very little concern for any but their own and their class enrichment! Theirs is a world of great self-belief and NO faith in the collective belief of humanity.. In their world, there is only their corporate class and losers..theirs is the distorted motto attributed to  P.T.Barnum : “There’s a sucker born every minute” (in actual fact appropriately first said by a banker)…of course, excluding themselves from that demographic!

Time to pull the plug on this neoliberal nihilistic destruction…it has failed to lift the poor from poverty and instead, it has created a new demographic of the “working poor” a conclusion inevitable from my explanation of the hard-working labourer above. The worker can only lift themselves out of poverty if his wages are sufficient to cover his everyday needs and have a little left over to build the prospects of his family..but when private corporations gain control of the basic utilities needed in that living, like water, electricity, communications and health..and proceed to wring more and more profit from what should be a public service, and yet then use their corporate wealth to corrupt and bribe political representatives to restrict regulation on their criminal activities, then you have a totally corrupt and totally nihilistic governing class…neither fit to hold corporate responsibility nor morally and ethically fit to hold public office!

Australia now is in the clutches of both those infections..and like a bacteria that is immune to anti-biotics, it ravages the body social in its drive to prove Margaret Thatcher’s brutalist pusilamity that in HER pathetic wrenching of power : “There is no such thing as society”…well, she is wrong…the neoliberal economists are wrong..the free-market acolytes are wrong…and their prophets of nihilism are mistaken, because there is in the heart of humanity a greater want than mere money..wretched mammon…Because in the heart of humanity there is a great room that can fit ANY AMOUNT of fellow humans into it and they have mutual needs and the one fantastic and unassailable desire…

The desire for respect and love.

And Neoliberal nihilism has neither weapon nor courage to destroy it.

Rather, it is time to arise one and all and destroy neoliberal nihilism!