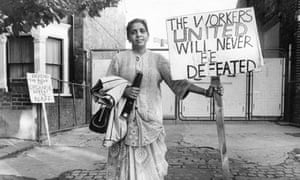 Back in my first marriage, when I was “encouraged” to attend many spiritual “workshops” in that miasma of “new age” enlightenment, run, in the most part by self-proclaimed wanker gurus from the legion of reformed middle-class hippie escapees of the “Leafy Suburbs”, The formula for discussion was to take one’s turn of holding the “Talking Stick” and then and only then quietly and serenely make your point or tell your story to the group…I don’t think I need tell you the actual jargon-stacked sentences that preceded and followed each “talker” as they held that sacred icon of conversation : “The Stick”…..I think the series ; “Kath and Kim” demonstrated such contrived jargon with fair and considered accuracy.

In short, we can differentiate between the social classes by the methodology of conversation practice used. There seems to be a bias toward what the middle-class calls “polite manners”..”polite conversation”..where one waits one’s turn while the incumbent “converser” talks their talk to the very end of what THEY wish to talk about…no matter the length, tediousness or delusion of their conversation…: “THEY have the right to be heard”…Whereas, in my experience in the building trade, any conversation of passionate expression held on site and carried over by habit to the front bar, has to be called out in a loud, firm voice, somewhat peppered with colourful expletives and colloqualisims..whilst in the action of doing work, that echoes between rooms and perhaps between floors of an empty building…the many conversations competing with other machinery sounds or even different conversations…so a regular cacophony of shouted points and counterpoints..layer upon layer..is the methodology of debate and this gets carried…as I said..over by force of habit and location into the front bar or back-yard BBQ where the surrounding noise of the other patrons/family groups or the several televisions playing different sports at the one time in a bar has to be competed with….THAT is the natural order of working class rhetoric and political debate..the pointed finger, the half eaten sausage on bread..between sips of wine or stubby..a kind of chaotic logic, where the most vitriolic voiced opinion will sometimes win the day, depending heavily on the passionate belief of the speaker…No nice manners here..and the proving of the point you wanted to make was encased in the solid belief in what you wanted to say…if you didn’t have the strength of voice to carry your convictions, you lost the conversation…simple as that!

And this is where the domination of the middle-class in matters of opinion and politics controls the MSMedia and the Parliamentary debate…it is no more than a continuity of that “well-mannered talking stick” holding the floor and delivering a one-sided, bias toward that class that has drawn up the rules-of-discussion, the conditions of loquatial  intercourse, where the short-patience, the tumbling-out of thoughts in a sudden envision of idea and schematic implementation with an unruly manner, the speaking over another less enthralling speaker to get one’s point across while it is fresh in the mind, like a spring zephyr…and not to have it suffocated under the oppressive boredom of another’s sermon of mind-numbing middle-class impotent drudgery.

Now with social media, we hear those same middle-class voices calling for censorship on the more rudely expressors of political contradiction to satisfy that pompous, pontificating, self-righteous endless rambling to nowhere conversations of the middle-classes…F#CK ‘EM I say!…I had a gut-full back in that first marriage of waiting for the “talking stick” that had to do the rounds of pontificating and patronising jargon before it got to you, and I won’t now, as an experienced adult stand in some f#ckin’ middle-class mannerism queue waiting till they have finished their waffling chatter…a seemingly endless stream of obfuscation and fillerbustering…one might as well wait for the blowing of Gabriel’s Trumpet sounding the end of the world!…And don’t they manipulate the “taking of turn” to have their say, using every methodology and trickery learned in debating class or from their cadgy mentors to hold on to that “right to be heard” until time or the subject matter is talked into oblivion…and so having succeeded by default in exhausting the subject where they had no capacity to actually do the job in the first place.

If we look back to the time of Barnaby Joyce’s faux pas with his paramour, we heard so many “finishing-school pontificators” demanding we “rude and noisy” people not criticise the minister on his degenerate behaviour, because : “It’s the rorting, not the rooting…you see?”…when all the time it was the betrayal of moral and ethical standards of the family and community that he represented..all the time!..and yet so much momentum was wasted of those flatulating commentators demanding we :”Don’t call her/him names..it’s not fair..” or wtte and now we see just how “fair” it was with that bastard colluding to run the Murray-Darling basin into the ground…literally!…Barnaby would’ve been castigated if not castrated if we had pinned him on the moral issue instead of the stupid pursuit of the rorting issue…a commonplace action amongst so many in his position..useless waffling middle-classes..a bunch of chatterers!

And really..it is no more than those medieval overlords forbidding the Irish to speak their Gaelic language, the forbidding by the mediaeval bishops of the translation of the Bible from Latin to English to stop any commons understanding of the religion, the attempts to squash the indigenous languages by stopping the spread or talking of such languages..by any other name..a tyranny!…WE..will speak in the language WE best know, WE best communicate with and which WE best understand!…The working classes don’t need middle-class lessons in debate or eloqution, for what eloquence we have lacked in the past, we will make up with our own vernacular…and believe me..we have more than enough colourful colloqualisms to describe bastardry behaviour than the proverbial Inuit has to describe snow!

Time for the working classes, vulgar as we can be, with our shouty rhetoric, our noisy demands to be heard, our earned moment on the dias and deserved voices to call in united yell to those bastards who THINK they hold both the Right to rule and the Floor of the Parliament to have their pathetic whinge hold pride of place in the vocal annals of humankind.

Social media IS the “common voice”…IS the crude instrument, IS the majority voice of those who have the lungs to shout from social “room to room”, from “house to house” and from “floor to floor” the message that will not be heard if we have to wait our turn for that strangely elusive “talking stick” so gratuitously and patronisingly “gifted” to us from the middle-classes.

NO!!….Here we are and we now take the floor…and by the living Christ..you will hear what we have to say..and YOU’LL..take your turn to remain silent till WE say it!

6 thoughts on “The Language of Class Control.”