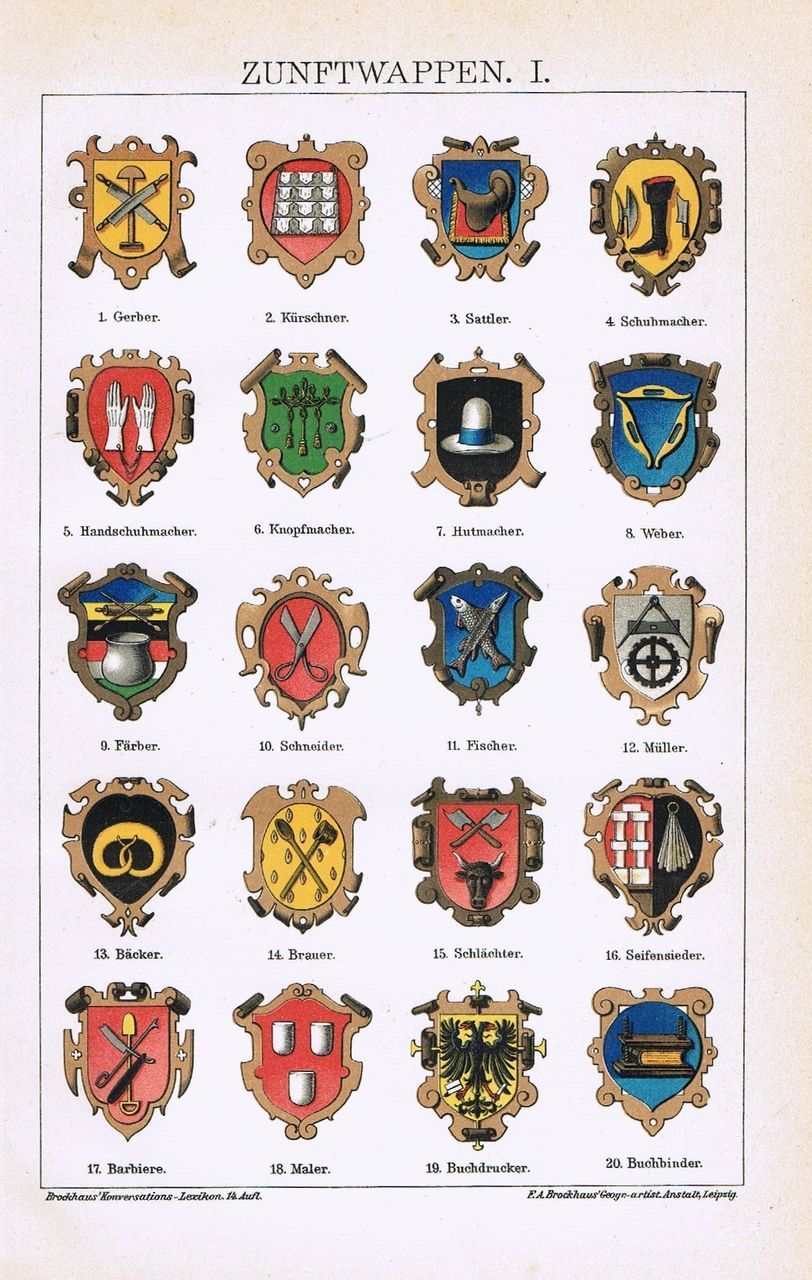 “Trades-unions, composed of the workmen in the different

trades, were recognized in the time of the (first Roman) monarchy,

and no effort was ever made to dissolve them, until

By the time of the return to Roman Imperial governance with Julius Caesar, these Unions or Guilds were banned by decree….seen as “dangerous to public order”…It is now time for them to return WITH political power to RESTORE public order.

First, let me assure the reader that by “Tradesman”, I am referring to a gender-neutral title..there are many of both genders now working hand in hand toward the one end. “The workers united, will NEVER be defeated!”

Over the last millennia, while the Aristocracy, then the Military, then the Oligarchical upper-middle classes have fooled about with their power base, debauching, slaughtering and fiddling with both populations and economies, till we see evidence of their gormless incompetence literally screwing up the entire environment of our planet, driving a huge percentage of its denizens into refugee status and yet STILL proclaiming brazenly from all its various media platforms that THEY…and THEY ALONE are the best managers of political and economic outcomes.

WHAT AN ABSOLUTE EFFING LOAD OF BULLSHIT!!

Look at just the century past..At the start of the century, we had the last remnants of the inbred aristocracy drag us into their world war of pride and pomp and ceremony that claimed the lives of millions of young people…and then with the next world war, we get the rising middle-classes dragging us into their war of economic opportunity that claimed the lives of millions more…and since then, we have had an unending parade of greater or lesser conflicts and skirmishes for in most cases nothing more than political / economic or religious (the high priests of capitalism) ideology.

All these “players” that want to drive their peoples or other nation’s citizens into a game of monopoly control of either cheap labour or cheap raw commodities, come from the one central class…the non-producing, non-productive middle / upper-middle classes….NOT the trades, NOT the farmers or producers, NOT the service/ health carers classes…ALL..if not in actual position, then in aspiration toward the upper-middle classes.

It is time to put an end to this madness.

The representative bodies and unions of the producing classes have both the right and the capability to govern and manage production and economies. The rise in numbers of the educated working classes to sustain and improve the functioning capabilities of a society BEYOND personal individual grandiose statements, would result in an improved social status for ALL citizens of The State.

This is not just a pipe dream, an attempt at persuasion toward socialism or communism. We can now look to see which Nation States that exist as an example of civil governance that best caters for its particular peoples and which operate in a state of absolute mayhem. We do not need to copy in exact detail those governments..indeed, such would be foolhardy, some having enormous population control challenges, some having long histories of conflict with bordering neighbour nations..etc. What we here in Australia need to look to is that ideal which gives the average citizen access to infrastructure, education, health and secure employment that offers dignity of life and security of lifestyle. We are definitely NOT getting either from the continued rapine of our resources and working young and those whose health situation is vulnerable.

The trade/working class representative unions, coupled with the true “On the Land” farmers and producers..along with engineering and scientific research bodies can lift the nation out of the greedy clutches of an anachronistic strangulation of the conservative upper-middle class oligarchs, who have secured for their own riches, their own wants and scheming, the machinery of State. Their rusted and seized intellects no longer have the spark of imagination to set in motion a new world opportunity of “Equality, Fraternity, and Liberty”….Theirs is no more than a dark dungeon of despair, deprivation and desperation.

“Away with all pests!”

There is a measure of undeniable certainty by which to gauge the honest intent of a person’s capability to envisage, oversee and manage a situation, particularly if that situation requires knowledge of planning, supply, needs-base and results. That person may not need to oversee the entire go-to-whoa job, but they do need to have practical insight to envision or to pass over to others WITH PROVEN ABILITY to manage the project. This is where “factory-floor” experience is vital. It is in the space between proposal and approval that the “job-skills” of government members come into their own.

The upper-middle and even some of the old middle-class management styles are both inadequate and incapable of seeing long-term requirements of infrastructure needs above their “consciousness of kind” colleagues who lobby them incessantly for financial or political favour that benefits only their own class but is paid for and in the long run suffered by the producing classes.

Corruption, deceit, fraud and dishonesty are the hallmarks of this decayed and debauched class that has over time worked its favoured sons and daughters into positions of power and influence in both governance and authority. People who, in many cases have little knowledge or capacity to do a half-decent job. The one thing you cannot fake, unlike the “fake it till you make it” middle-class brigade that in the end never really “makes it” at all, or else makes a complete botch up of the whole job!..witness the NBN, the NDIS, the ABCC, ASIC, ACCC, the Productivity Commission, the Fairwork Commission and Government itself!!…we could go on….the only thing you cannot fake is hard work…honest application to create out of raw materials, be they animal, vegetable, mineral or human…is that end result that is visible, tangible and applicable in a practical sense…NOT some will-o-the-wisp rubbish that is only “funded-for-fun” for speculators and investors seeking profit above utility..profit above people. The producing classes can and do deliver the staple infrastructure that is the foundation, the building blocks, structural design and finishing touch to the WHOLE of society!….It is the working trades that are the backbone of production and living standards of ALL societies in any time in history…All religious / ethical beliefs follow from them…and ought to give credence to them and in the end offer thanks to them.

We have seen the damage that the unskilled and unqualified can do…It is time to go one better..it is time for The Tradesman’s Return.

One thought on “The Tradesman’s return.”