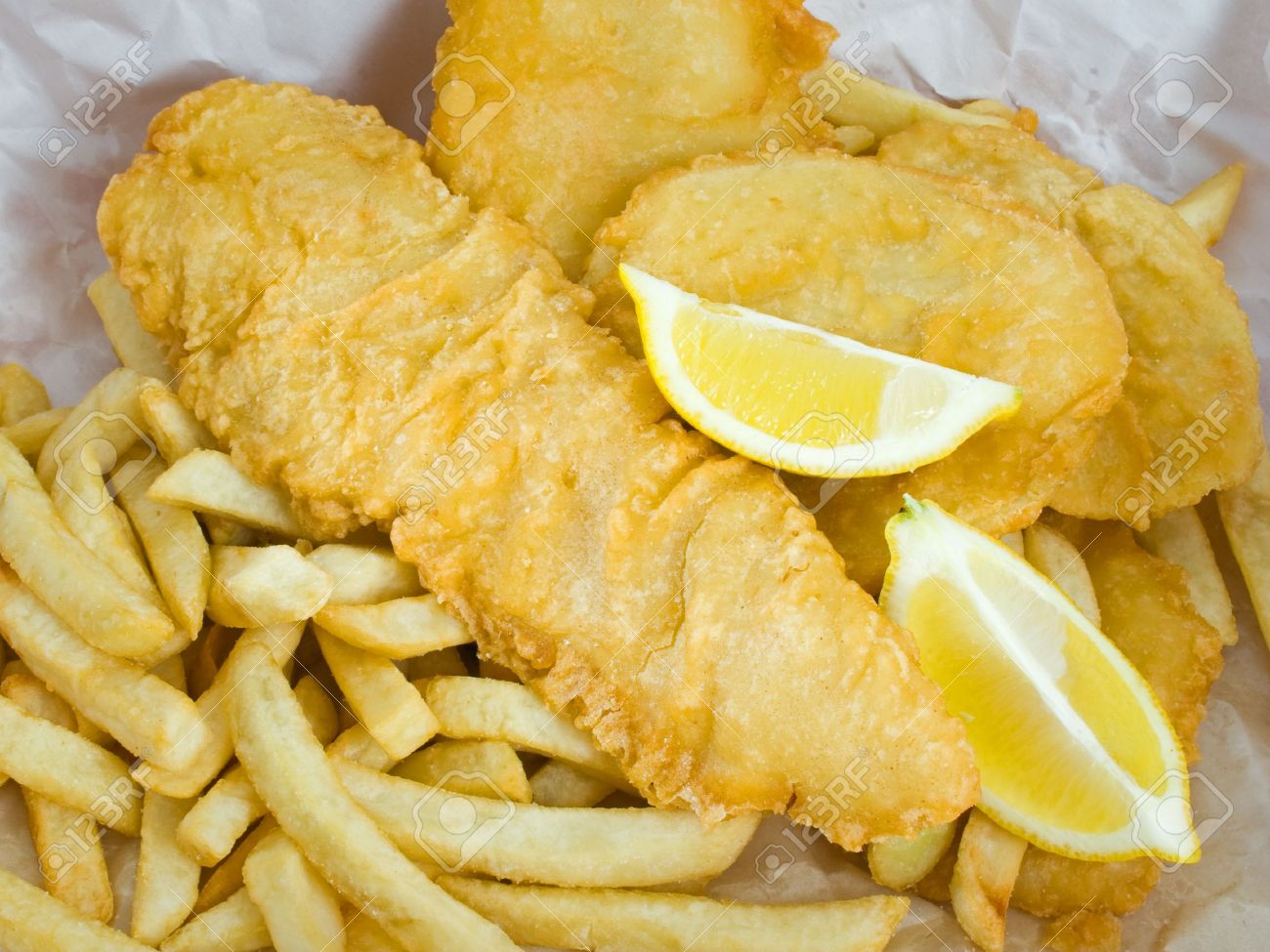 Let me tell you the story of another fish and chip shop owner. A woman too..not arrogant, nor opinionated or accusative…Oh, she was not a quiet retiring type. She had the voice and stride like a sergeant major..she would call for her child and he would hear her loud and clear half a mile away!…and woe betide him if he didn’t heed her call.

But she ran the Marino fish shop..a shop built by her fisherman husband at the high spot of the carpark that led to the rocky beach there at Marino Rocks..the beach of our neighbourhood..the gathering place of a mix of many nations , ages, young folk of both genders..young teens of the boomer generation who framed a collective there of social sharing and support that relied upon Mrs. Fookes’s  generosity as the backbone of our little collective…she was a saint, even if she didn’t realise it.

Marino Rocks was the end of the railway-line stop, with it’s inhabitants of Dutch, Latvian, Scottish, German, Irish and some of dubious parentage altogether!…but they became ‘fellow travelers’ in that poverty enriched neighbourhood  in the foothills on the edge of  the sea.

By a coincidental twist of fate, while the adults, survivors of a world war, in some cases two wars, an economic depression that impoverished so many, were a motley collection of spiritually broken , in many cases physically broken individuals, who were subjected to the corrupting influence of conservative thinking and propaganda that drove a wedge of fear into their susceptible hearts, their “multi-mix” children, with an improved diet of high protein, clean water, fresh air and unsupervised, unregulated freedom on the wide beaches of  the gulf, grew into wild free-spirited youths, who found rebellion against the restraints of conservative lifestyle as easy as diving off “Sharkey rock” into a crystal- clear , cool ocean. The young men and women that grew from such a healthy outdoors environment, grew bodies that glowed with a shimmering water-silvered endowment that drew the jealousy of the gods! The sea –water that ran from their bodies when re-alighting onto ‘Sharkey rock’ after a dive revealed all the beauty that nature could encompass in desire and comeliness in a youthful human form…their hungry eyes rejoiced in each other with a pagan worship of mother nature’s creation.

Having no money and no capacity to travel far, all the children congregated in a tribal-like conglomerate on the beaches . There was nothing in the stultifying doctrine of Catholicism or the Protestant work ethic that could not be laughed off under the pagan influence of sun , sea and surf and the merciful salvation of Fookes’s Fish and Chip Shop.

Ahh!..Mrs. Fookes..never did she know how much she helped create a revolution in her own small way, by her unconnected generosity to the local kids. From behind the counter of that unique fish and chippery, she contributed to the making of “baby-boomer” revolutionaries. She may have had a stride like a parade-ground Sergeant Major, and a voice to match..but her heart was of pure gold. She wasn’t like “Aunt Mary”, the railway porter on the train station who would line the kids up and threaten any delinquents that she would cut their heads off and put a cabbage in it’s place if’n she had any more cheek!

Mrs. Fookes saw how so many were scrawny kids hungry for a decent bit of daytime tucker, scrounging around for empty cool-drink bottles to cash in for a bob’s worth of chips..one of the kids would go inside with a few bottles at threepence each return deposit and Mrs Fookes would dish out more than a shillings chips and sometimes throw in a piece of fish that “was just laying around waiting for a mouth to eat “…and there’s a couple extra chips or a “ potato pattie for your little plump friend there at the door…he looks hungrier than the rest of you!” and the booty was all shared around amongst many..right down to greasy fingers dabbing up even the last salt grains..’all for one, one for all’…till she worked out a way to legitimise her care by pointing one day to some large empty glass jars in an alcove by the counter..”Listen you kids” she said in her commanding voice, “I want some interesting shells and things to make a sea-side display for the customers to look at while they wait..if you bring me something interesting or curious from the sea, I will give you some fish and chips in return…but it’s gotta be interesting, mind!” and she wagged a finger in warning to not try any silly buggers with her..and she meant it!..and she stuck to her word…The kids would bring their little treasures from Neptunes hoard and she’d exchange for tucker…strange coloured and shaped shells, dug out from their wedge in the rocks…the dried, hollowed out husks of exquisite sea-horses and the like…little treasures given up by the sea..they brought them to Mrs. Fookes like Fagan’s pickpockets seeking reward for their efforts! Did anyone then realise what this meant, this system of barter ?..It meant freedom!..liberated from going home during the day for food..No longer under the parents watchful eyes the children were free to create their own sea-side society from morning to late afternoon,without oversight or consultation with adults!..God bless Mrs. Fookes!..and may a warm fire be forever burning in her hearth and warm slippers handy on a cold night…God bless her.

Mind you, she had to have a pretty tough hide to handle her fisherman husband ; Edgar Gordon Fookes…a stone-cutter by trade, fisherman by choice and garrulous old bastard by nature. Edgar and his sons had a fishers camp on the Yorke Peninsula, where they would set out to their secret fishing grounds and catch choice fish to clean and put on ice which Edgar would deliver straight back to the shop..never were fresher fish, more delicious fish and chips served to a long queue of faithful customers..five or more deep at the counter till a ticketing system had to be introduced.

Edgar would deliver his catch and then lean against the end of the counter smoking his big, fat meerschaum pipe and observing what he called ‘the idle rich” customers coming and going. He was a garrulous old bloke and the kids held their distance when he was around, saving their moments to barter with the kindly Mrs. Fookes when he was away.

Edgar Fookes wasn’t one to be messed around with..story goes that once, in the Fish-market auctions, the independent fishermen were sick and tired of the auctioneer placing their catches down the sale list, even though they could very often be the first there with their lot, just to satisfy and be rewarded by the big corporate fishing companies..one day Edgar challenged the auctioneer on this unfair matter…the auctioneer told him to shut it or else he’ll be last on the list!…Where upon Edgar snatched up a gummy-shark, swung it a couple of times around his head an whalloped the auctioneer off the dias and proceeded to do his own mock auction in place!

One day , on a quiet afternoon, Edgar was “resting” on his arm at the end of the counter watching a matronly looking lady in heavy fur coat  peruse with concerned expression and a pair of  prinz nez opera glasses the trays of select fish in the display fridge…after several sweeps in this manner, Edgar could be observed huffing and puffing in an agitated way on his pipe..Edgar prided himself on the freshness and quality of his catch..Finally, the matron straightened up and dropping her glasses to her bosom, addressed Mrs. Fookes behind the counter.

“ Madam, “ she spoke in a ‘Toorak Gardens’ dialect ,“Are these fish frrrrresh?”.

This was too much for Edgar to take lying down! He swiftly sidled up to the lady and taking his pipe with a sudden but measured movement from his mouth , he looked her square in the eye and informed her in a mocking emulation of the lady’s own accent;

“Madam!…if they were any frrrrresher…they’d be indecent!” and he turned abruptly away to resume his place at the end of the counter..huffing and puffing at his pipe.

Now THAT is how decent folk run a fish and chippery.

11 thoughts on “Mrs. Fookes and The Marino Fish Shop.”