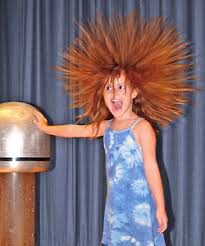 I hope I have not given the impression that the only intellectual activity in the front bar of the Seacliff Hotel was “bending the elbow”…and getting inebriated?….I would like to assert that, like many front bars dotted about this great country, a good deal of instructive and philosophical comment was conducted on any given night of the week in that establishment…I would like to assert that..I really would….why, it would not surprise me in the least that the great discovery of the healing mould from which Florey extracted penicillin was not in a Petri-dish in his sterile laboratory, but rather scraped from the underside of a drinks-coaster surreptitiously slipped into his hip pocket by the very same Florey from down the local hostelry.

The front-bar of “The Cliff” had it’s own level of curious and investigative clientele right there on the spot…amazing revelation was not a stranger to that den of iniquity…there were things….strange things.. For instance, there was the night of Mick’s discovery of anti-gravity. It happened like this..:

Mick, in the middle of a discussion group debating the case of whether the Morris Minor 850. was the better than the Datsun 120Y. in both acceleration and cornering capability, suddenly felt the urge for “ablution”, excused himself with a polite “gotta have a leak” and made for the men’s toilet there just behind them…taking his pint-glass of beer with him because he was too lazy to place it on the busy bar, he alone, fronted the porcelain…the old ceramic urinal was in the corner, and as every male knows, you have to go to the least exposure risk place while “shaking hands with your first lover”…there, while doing his business, Mick leaned with his pint glass held pressed into the corner of the walls..the plaster there being softened from years of warmth and steamy moisture had become somewhat softer, so when Mick leaned his weight against the pint-glass pressed into the corner the plaster “gave” a tad so that the glass became “wedged” into the corner..at least, that is what a “novice” like myself would have concluded..A curious and investigative mind such as Mick’s concluded differently. When he zipped up and pulled away from the urinal and the wall, the glass stayed there, suspended, unaided by anything visible to the naked eye…almost like anti-gravity!….Now, Mick was already given to occult-like sympathies..”the paranormal” was normal to Mick…to inform that he once gaily announced to his mate ; Mark that when he and Tracey have a child they will call HIM “Andromeda”..well?

“Have a look at this!” Mick announced loudly from the door of the men’s toilet..indeed, there was hesitation…then as the obvious faded and curiosity took over the crowd surged toward the doorway…there being room only for a small number to enter, the crowding was extreme, the interest also…the general hubbub of opinion on “what was the power?” suspending the pint-glass of beer mid-wall, mid-air as the case may be was discussed…many worthy theories were put forward and rejected with equal intelligence…until, in a moments pause in the hubbub, the high, falsetto voice of Jeff Otto sang above the crowd…

There was a gasp of wonder at the obvious simplistic truth of this explanation that solved the puzzle and the crowd, in accepting the obvious resolution quickly drifted back to their previous conversations at the bar.

And throughout the rest of the night, in those curious hushes that every now and then descend upon crowd chatter, Jeff Otto’s attractive falsetto could be heard to pronounce in a now more confident assertion…