Here’s a light-hearted little yarn for a Saturdee arvo. A Melbourne story. It is true in every way, myself witnessing some of it. 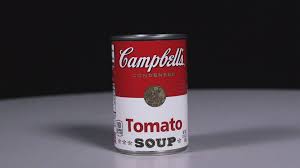 Peter Haffney took his latch-key from the deadlock and closed the front door behind him. He paused inside the entrance as one is want to do when first coming home and looked about. He was not seeking anything in particular, just reassuring himself that everything was as when he left it that morning. An air of suburban mustiness pervaded the house and the dreary silence echoed even the polished rustle of his suit. He then proceeded to the kitchen pantry and easing his portly bulk between the ironing board and bench top he placed a plastic shopping bag with several regular sized cans of food on the bench nearest the pantry. Taking one of the cans from the bag, he raised it to eye level and read the label. On satisfactory completion of this task, he shook his head slowly and sighed. Taking a similar sized can from the pantry, he held it next the other and compared….The brand was the same, the content was the same, even the advertising slogan was the same, however, they had changed the layout of the label!

Gone was the old familiar pattern that had for more years than he could remember been the hallmark of the company’s product. The label, it could be said, was of greater recognizable value than the product contained within the can! ….indeed, when he thought about it, that old familiar label must have been the same since before he was born! But now that was all gone and, heaven forbid, perhaps too they had changed the mix of ingredients in the product…

Peter was a worried man. A worried man because for many years, because for a goodly part his life (or at least his married life, for that was when his little strange mannerisms first came to public attention), he had suffered from what is called a “obsessive-compulsive disorder”. His peculiar obsession was concerned with the cooking and eating of food…he would never eat any food that he had not himself prepared, with the exception of fish and chips. Though this condition may seem humorous to the layman, it can single out the victim for mischievous mockery. Peter had been many a time made the butt of poor-taste humour. For instance, although he would never eat any food his wife would prepare, he did bend this rule for a roast dinner (his mother always had the Sunday roast) …but he had to guard his portion at the table against mischief…such as : If anyone was to touch his food, never mind with a finger!..(heaven forbid that) but with just a clean knife or fork, he couldn’t help but sweep the corrupted article off his plate with a flick of his fork at the speed of light!…so on a really bad day, bits of roast would be hitting the walls or television or whatever till a cry of exasperation issued from him and the protagonists buckled over in convulsions of laughter! Such is the life of those that suffer this neurosis. Because of this complaint, Peter’s mainstay of nutrition from Mondays to Fridays was canned spaghetti on toast! Saturdays were fish and chip days….Sundays were..well if his wife was cooking one ; roast day otherwise…you guessed it ; canned spaghetti on toast!

But now, all this was thrown into disarray with the shock of discovering that “the company” had changed the label and perhaps, the ingredients! Fortunately he kept up his supply of cans to allow a weeks ration of meals…in case a family member took a liking to spaghetti on toast . So all was not lost, he still had a week to sort this nagging doubt out….He would write to the company seeking reassurance.

A gentle beam of afternoon light shone through the lounge window , Peter folded back the top sheet of writing paper and placed the pad squarely in front of himself. He then sat and thought..while he was thinking, he carefully examined the point of his pencil, for, you see, he always wrote with a sharp-tipped, “Staedtler” “Bl” pencil, preferring it to a ball-point as it was not likely to clumsily “slip over” the paper and make for illegible writing. The house, except for himself, was empty. It exuded that unexciting silence that is common to outer suburban houses…nothing extraordinary would ever happen there and was tinged with the stale mustiness of yesterday’s air-freshener. Peter touched the tip of the pencil to the tip of his tongue and began :

I am writing to you to make a small….trivial…enquiry. For many years, I have held your product above others on the market as being greatly superior in quality and flavour .Indeed, I have travelled great distances to full-fill my obligation to purchase your product when the local supermarket was not able to supply your particular brand! However, today, when purchasing my usual supply from the supermarket, I was astonished to be informed that you had changed the layout of the label! Upon inquiry if there had been some sort of mistake, I was reassured by the proprietor that this was indeed so! Though he hastened to add that the ingredients were the same, I was far from reassured! So I am writing to you seeking that reassurance and I don’t think I can exaggerate the importance of this reassurance required to myself!

I , fortunately, have a number of cans of your product (see the accompanying label) to see me through another week. So I would appreciate a swift response to this letter (may I suggest return post?) to reassure me of your continued high standard of ingredients.

I await, in anticipation, for your reply…may it be favorable…

Peter gazed at the letter with a sense of satisfaction. It said no more nor no less than he wished to say. It was written in that clear, concise script taught to him by his primary teacher : Mrs Herreen, who enforced such a high standard from her star pupil with the aid of a flat, slim,wooden foot-rule that would cut over his knuckles when a grammatical deviation was observed by the attentive Mrs Herreen gazing sternly over his shoulder!

Even the underlined words were encouraged by that same teacher, with the logic that :

“It does no harm to the correspondence, Peter, if you draw the reader’s a-ttention to a par-tic-ular point you wish to em-phasise by the use of underlining speh-cific words or phrases in nee-ed of their a-ttention!” and she would invariably finish her homily with a steely gaze over her glasses down the pointed rule.

But all this was in line with the mathematical precision of Peter’s mind. For his was a very mathematical mind. Indeed, perhaps the obsessive affliction itself was a result of conflict of reason versus reality…Perhaps the fact that the uncertainties of life did not adhere to his own personal equation resulted in the withdrawal of his eating habits to a more precise routine…a routine that he had complete control over. A cabinet maker of our acquaintance was of the same type. His obsession was with jokes and satirical humour. His over-exuberant laughter would ring through the rafters on all occasions and he became known by his laugh, his nickname being ; “The HO! HO! man”…but that did not disguise to us his mathematical brilliance…and it became most visible in his skills with the chessboard, even at state level competition. That and his swift response to subtle mockery. He too , like Peter, controlled his lifestyle through his obsessions, and with these obsessions , distracted and distanced themselves from too close a familiarity with the unruly chaos of life.

However, it was now nearly two weeks since he had written to the company. His supply of the older brand labeled cans had run out, and he had searched in vain for others at more distant markets. His fidgeting restlessness had not gone unnoticed , though, for the sake of sparing himself from inevitable ridicule, he had not said a word of his predicament to any member of his family.

“You’re not giving up smoking and your football team’s on a winning streak You’re breaking even at cards, though you lost a little at the dogs the other night so I’m buggered if I know what’s eating you….but you’re out of sorts this last couple of days.” His wife accused.

“It’s nothing, nothing….I…I’m on a bit of a diet.” Peter excused himself so.

His wife let out an explosive guffaw..

“That’ll be the day! ” she narrowed her eyes cunningly “You haven’t been tucking into your spaghetti the last couple of days I’ve noticed that….what’s the prob’ can’t find the can opener?…got worms?..”

“Look , piss off love!..it’s nothing..leave me be I’ve just been making a little inquiry…that’s all.”

“But you’ve got some cans…”she moved to the pantry and took out a can….”Why look!” she announced gaily “They’ve changed the label…. crikey, after all these years… ” and she gazed pensively at the can. Peter came and took it gently from her hand and placed it with the others on the shelf.

“So they’ve changed the label?…so what?…it’s their label they can do what they want with their label ”

His wife had been watching him closely while he mumbled this little discourse. She suddenly let her jaw drop a little as it all dawned on her..

But his wife didn’t look as if she was worried at all… as a matter of fact she had to ease herself into a chair so as not to crumple up with laughter…Peter reflected on the wincing humiliation he would suffer when this new one got around.

“Oh! you poor suffering dear..” his wife spoke between gulps of breath, then the look of comical angst on his face set her off onto another round of laughter.

Still, it was another three days before Peter was able to set his mind at ease as to the ingredients in his favourite food.

He walked in through the doorway from work with a bundle of letters in his hand. He was thoughtfully sorting through the mail when his wife asked :

“Anything there for me, love?” But she already knew the contents of the mailbox…she had looked before and saw the “brand-name” letter amongst the others and decided to leave them in the box for Peter to find.

“Yes…yes a couple the usual bills”…but here his eyes widened in anticipation.

His wife was watching from a sly vantage point in the lounge as he slit the envelope with his pocket-knife. Peter was a study in silence as he read the letter…then, slowly, his eyes closed with delight and a small smile spread over his lips.

“Anything else?” his wife asked.

“Well..sort of…just a reply to a trivial inquiry”. and upon completion of the read, he methodically tore the letter into very small pieces and placed them into the waste-bin. Next, whistling a little self satisfied tune to himself he went to the pantry and took out a now familiar can. His wife spied this little pantomime from her vantage point in the lounge and shook her head smiling….

“The poor dear” she said to herself.

One thought on “A Trivial Enquiry.”